The Best Things to do in Toronto During TIFF

Each year, the Toronto International Film Festival (TIFF) attracts hundreds of thousands of celebrities, film buffs, and tourists. If you are a first time visitor to Toronto and you find yourself unsure of what to do between movie screenings, look no further!

Hop on our Double Decker Tour Bus for easy navigation to the TIFF festival hub and other must-see destinations across Toronto (including those listed below). Our 48-hour tour pass stops at Yonge and Dundas Square, the Distillery District, Scotiabank Theatre, the CN Tower, Yorkville, and more. You’ll also receive a FREE Toronto harbour and islands cruise and unlimited travel advice from our friendly guides! 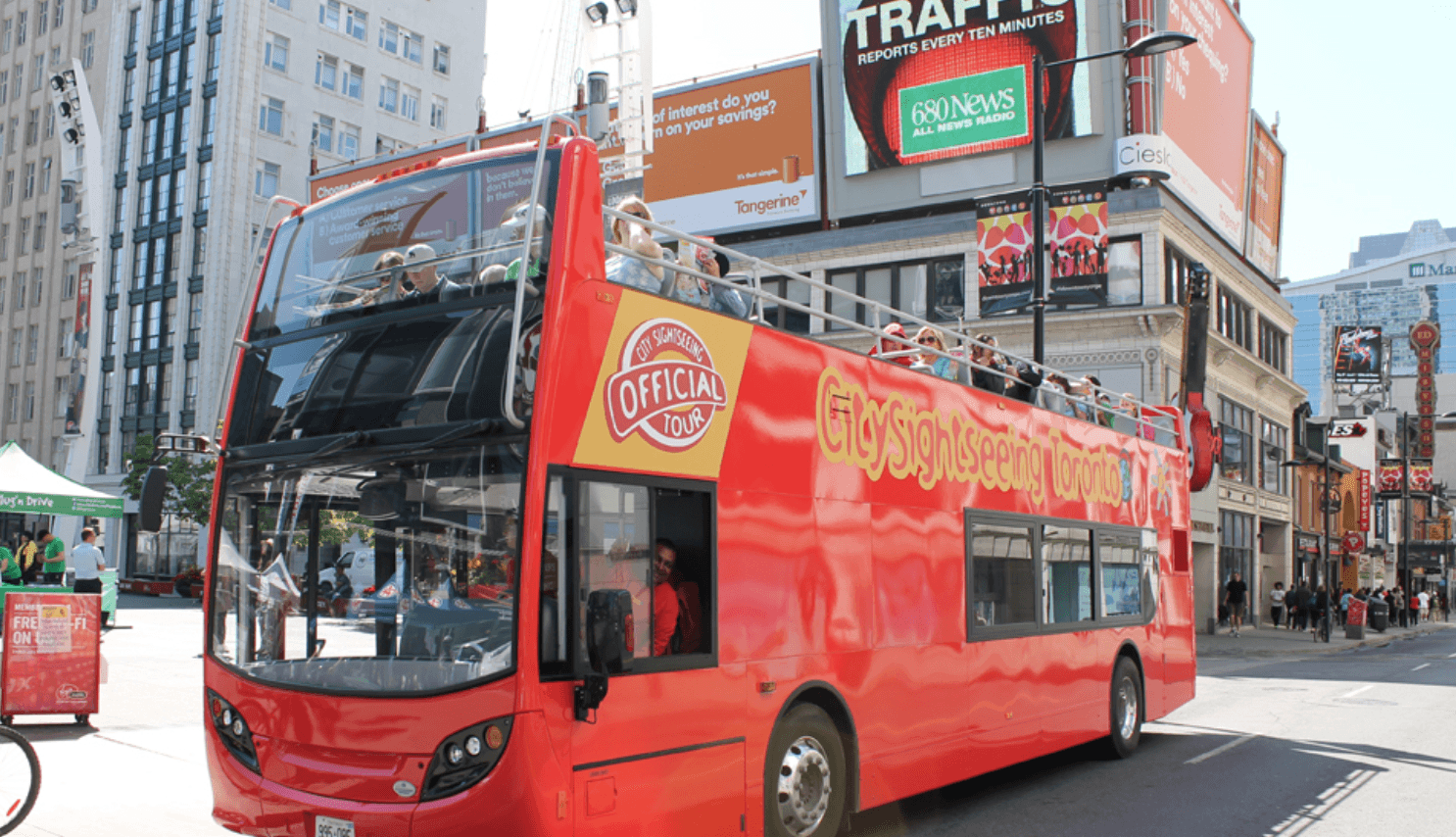 Celebrity spotting during TIFF is a total no-brainer. The downside is that the main festival hub along King Street West often becomes crowded with eager fans and paparazzi. We recommend traveling north to Yorkville, home to some of the most luxurious hotels, shops, and restaurants in the city. Be on the lookout for celebrities at Sassafraz, Holt Renfrew, The Hazelton, ONE, and D Bar at the Four Seasons Hotel.

Did you know? Toronto is the 3rd largest screen-based production center in North America behind Los Angeles and New York. Countless movies and TV shows have been shot in the city, including American Psycho, the Handmaid’s Tale, Kickass, Black Mirror, Good Will Hunting, Chicago, Mean Girls, Suicide Squad, and many more! Hop on a tour bus and try to spot some of the city’s famous filming locations (Yonge Street, Casa Loma, the Distillery District, and the University of Toronto Campus have all been heavily featured on the silver screen).

Take a Breather at Harbourfront Centre

If you are attending TIFF with kids, Harbourfront Centre is the perfect place to take a break from the festival madness and check out some of the city’s best family-friendly attractions. Find a bite to eat, walk alongside Lake Ontario, and drop by the Power Plant art gallery. Ripley’s Aquarium, Rec Room, and the CN Tower are also a short walk away, making this area perfect for those traveling on foot.

Grab Food off the Beaten Path

There are tons of fabulous restaurants around the festival’s main drag: Pai, Campechano, Forno Cultura, Bar Buca, and Libretto are all local favourites. If you want to get away from the crowds or are looking for a budget-friendly option, travel to Kensington Market, the Annex, or Chinatown, where you’ll find every cuisine under the sun at a cheaper price tag. We recommend checking out Otto’s Berlin Doner, Seven Lives, Rasa, or Rol San.

Did you explore Toronto during TIFF? Snap a photo and tag us on Instagram for a chance to be featured, @city_sightseeing_toronto