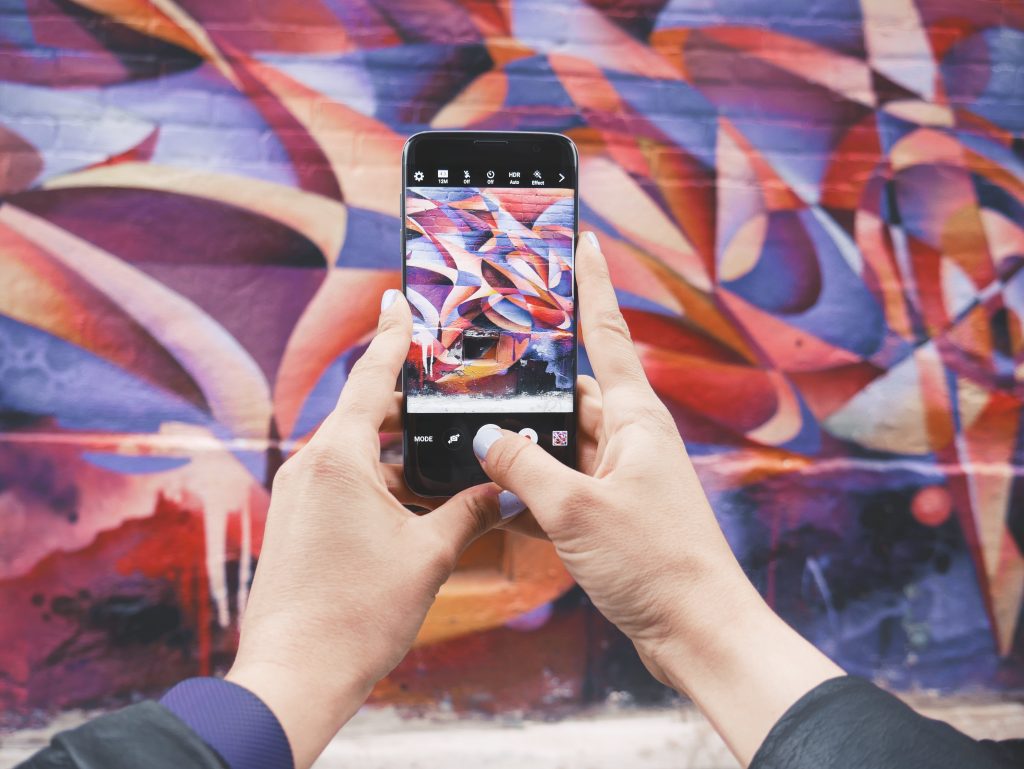 Over the years, Toronto’s collection of public art has become a defining factor of the city and its urban landscape. Large-scale cultural institutions have commissioned international sculptors to build gigantic works, while local artists have covered Toronto’s streets with colourful murals. We’ve rounded up some of our favorite public art pieces across Toronto, so hit the streets and enjoy this affordable, unique way to tour the city!

This highly-photographed historic neighbourhood is home to a handful of eye-catching public art pieces. Michael Christian’s 40-foot, alien-like I.T stirred up a controversy when it was originally unveiled in 2009. Dennis Oppenheim’s Still Dancing stands tall in the center of the Distillery District’s Mill Square seating area. Installed in 2014, the Love Lock installation is Toronto’s answer to Paris’ Ponts des Arts bridge.

Possibly the most colourful neighborhood in Toronto, Kensington Market boasts some of the oldest murals in the city. Pick up a bite to eat from one of Kensington’s delicious restaurants and go mural-hunting through the market and its side streets. If you’re a Toronto local, new street art is always popping up so you’re bound to run into something you’ve never seen!

Located on Toronto’s harbourfront just east of Spadina, Canoe Landing Park was designed in collaboration with Canadian artist Douglas Coupland. The park features numerous installations and sculptures, including Coupland’s colourful Beaver Dam. Visitors should stroll through the Harbourfront Centre and the Toronto waterfront before making their way to Canoe Landing Park. Don’t forget to check out the neighbouring Fort York Historic Site to explore a piece of Toronto history!

Shayne Dark’s Double Vision has greeted residents and visitors outside of X the Condominium since it was unveiled in 2010. Made up of 25 bright-red steel poles, this soaring sculpture can be found at 110 Charles Street, just south of Yonge and Bloor. One of the best parts about public art is that you can (usually!) interact with it; many onlookers have enjoyed crawling through Double Vision and finding the best angle for that perfect photo!

In 2017, Toronto’s Grange Park went through a massive $11 million dollar revitalization project and has become one of the most-adored green spaces within the city. Without a doubt, one of the highlights of the park is British Artist Henry Moore’s Two Forms sculpture. After sitting outside of the Art Gallery of Ontario for nearly 50 years, the sculpture was relocated to its new home inside the park.

The Rose Wall in Toronto’s Yorkville neighborhood is truly a best-kept secret! Tucked away inside the Four Seasons hotel’s Mist Garden, the sprawling carved wall was designed by Canadian artist Linda Covit. The park itself is the perfect place to sit with a book or cool off in the heat of the summer. Every few minutes, a thick mist is released from the grates!

Did you spot more public art in Toronto? Snap a photo and tag us on Instagram for a chance to be featured, @city_sightseeing_toronto