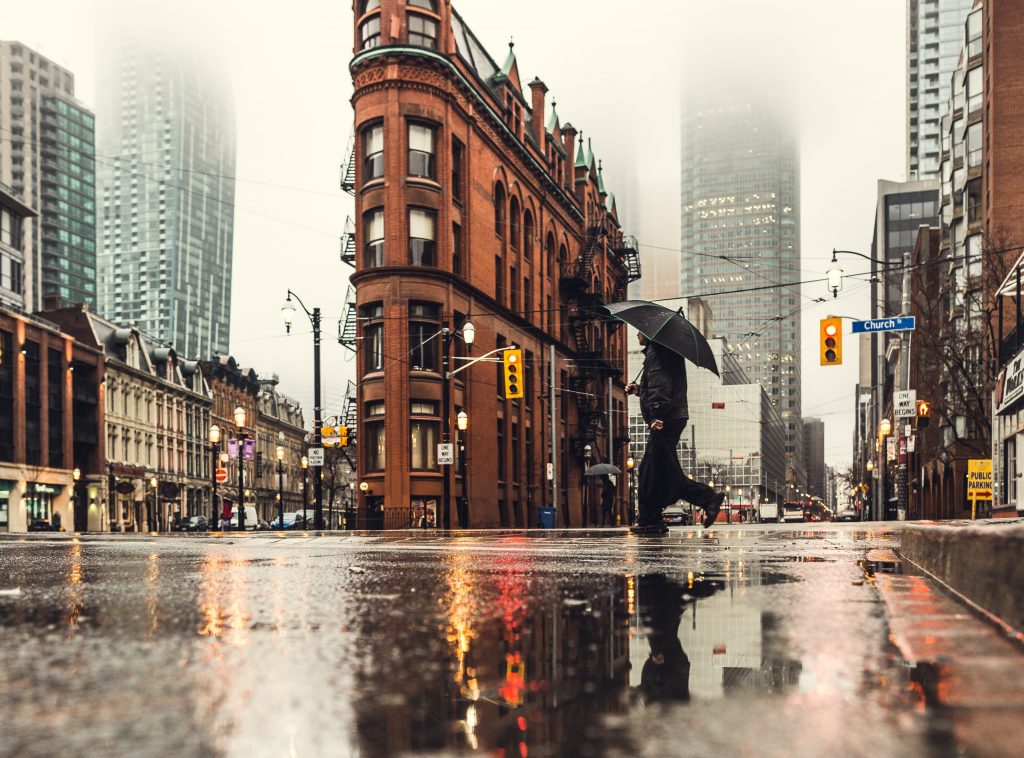 Don’t let lousy weather stop you from making the most out of your time in Toronto! Escape the rain and hit up some of these hotspots for loads of indoor fun.

Boardgame cafes have everything you need to enjoy a rainy day inside: a large library of games, warm drinks, and an extensive snack menu. Snakes and Lattes is a popular Toronto establishment, with two downtown locations. The newly-opened Storm Crow Manor is situated in a converted Victorian mansion, with themed rooms inspired by Game of Thrones, Blade Runner, and Twin Peaks. There’s also Bampot in Toronto’s Annex neighborhood, which features Mediterranean eats and a large selection of teas.

You can easily get lost for an entire afternoon in any of Toronto’s museums and art galleries. The Art Gallery of Ontario is a must-see for Canadian art lovers, with its famed collection of contemporary Canadian art and visiting exhibitions. The ROM, Bata Shoe Museum, and the Gardiner Museum are all in close proximity which makes transportation easy in less-than-ideal weather. Reserve a spot in a drop-in ceramics class, follow a gallery trail, or take a guided tour.

Outsmart your friends at an Escape Room

Escape rooms have become quite the phenomenon in Toronto over the past few years. Equal parts frustrating and exciting, they never fail to test your wit and perseverance! Escape rooms can be found in every corner of Toronto’s downtown core. Riddle Room and Escape Zone were some of the first in the city and are both loved by Torontonians. The Tape Escape is one of the newer establishments in Toronto, featuring movie-themed escape rooms situated in an old, 90s VHS rental shop.

Once the sun goes down, head to one of Toronto’s karaoke bars to sing your heart out. Just north of Yonge and Dundas square, Bar + is centrally located for those staying in the heart of downtown. Koreatown and Chinatown both have their fair share of karaoke bars, Echo Karaoke and 8090 KTV are two of the best.

Feel young again at an Arcade

Toronto is home to a handful of arcades, featuring both vintage and futuristic games. Located next to the Rogers Centre and CN Tower, the 40,000 square-foot REC Room has over 80 games old and new. Those looking to stay for a bite to eat can take a break to enjoy REC Room’s full food and drink menu and family-friendly snack bar. TILT is more of an adult-oriented bar than it is an arcade, here you’ll find an impressive line up of vintage pinball machines, craft beers, and classic carnival foods. Step into a futuristic-fantasy world at Chinatown’s VR Playin’, one of the city’s premier destinations for virtual reality fun.