If you are a history buff and travelling to Toronto, you may be interested in learning about this year’s bicentennial of the War of 1812. Many of the historic sites related to this conflict are located only an hour and fifteen minutes away from Toronto. Many of the celebrations regarding this anniversary are being celebrated in Niagara-on-the- Lake, a picturesque town that is close to many of the War’s most important battlegrounds.

The War of 1812 was the first time that the United States would declare war as a nation.  It was deemed “Mr. Madison’s War” by critics, as President James Madison, despite significant opposition Congressmen, was one of the key instigators of the conflict.

The Niagara region was a hot spot for activity. First Nations tribes and the British were constantly fighting for control of the Canadian side of the Niagara River. Not surprisingly, there are many iconic museums and points of interest in the region. One such point of interest is Brock’s Monument, which marks where British General Isaac Brock died during the crucial Battle of Queenston Heights.  The Battle of Queenston Heights is also famous for the actions of Laura Secord, who helped win the battle by running to Fort George in what is now Niagara-on-the-Lake to warn the British that the Americans were coming (there is now a popular chain of chocolatiers in Canada called Laura Secord). Her house is still standing and open for tours in the village of Queenston just below the Queenston Heights.

In Niagara on the Lake, there is Fort George, of the few surviving military forts in the nearby area.  Even though my favourite fort is Fort Henry in Kingston, Fort George is still a very interesting attraction. Directly across the river from Fort George is the American Fort Niagara, which provides a wonderful photo opportunity. Now open for tours and re-enactments Fort George is definitely one of the must see’s of the Niagara area for history.

On October 12th and 13th, 2012 there will be a re-enactment of the Battle of Queenston Heights, followed by General Brock’s burial on the 14th. Having been part of that re-enactment in the past, I highly recommend checking it out. It was tons of fun from the re-enactors side and a great show from the audiences side.

Check out this website for more information on what is happening and when for the bicentennial as well as all Niagara Region’s War of 1812 activities. 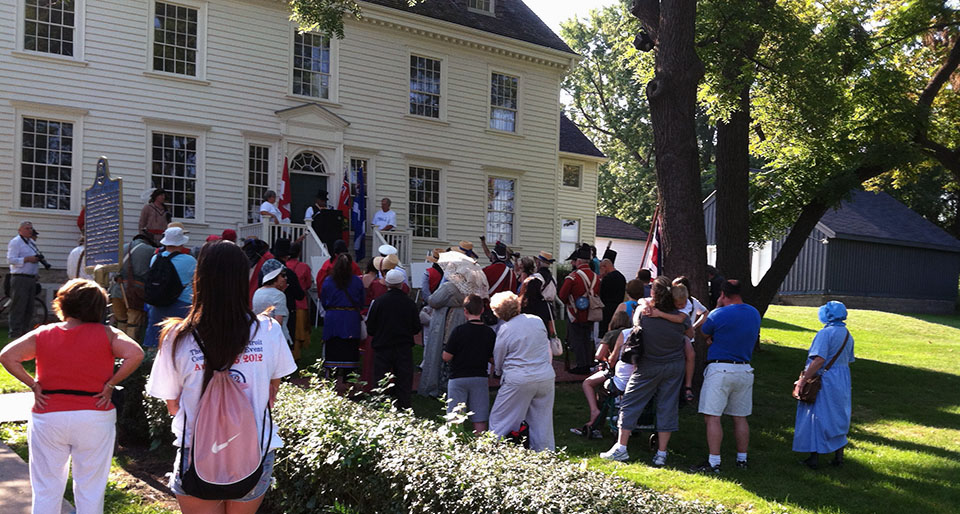