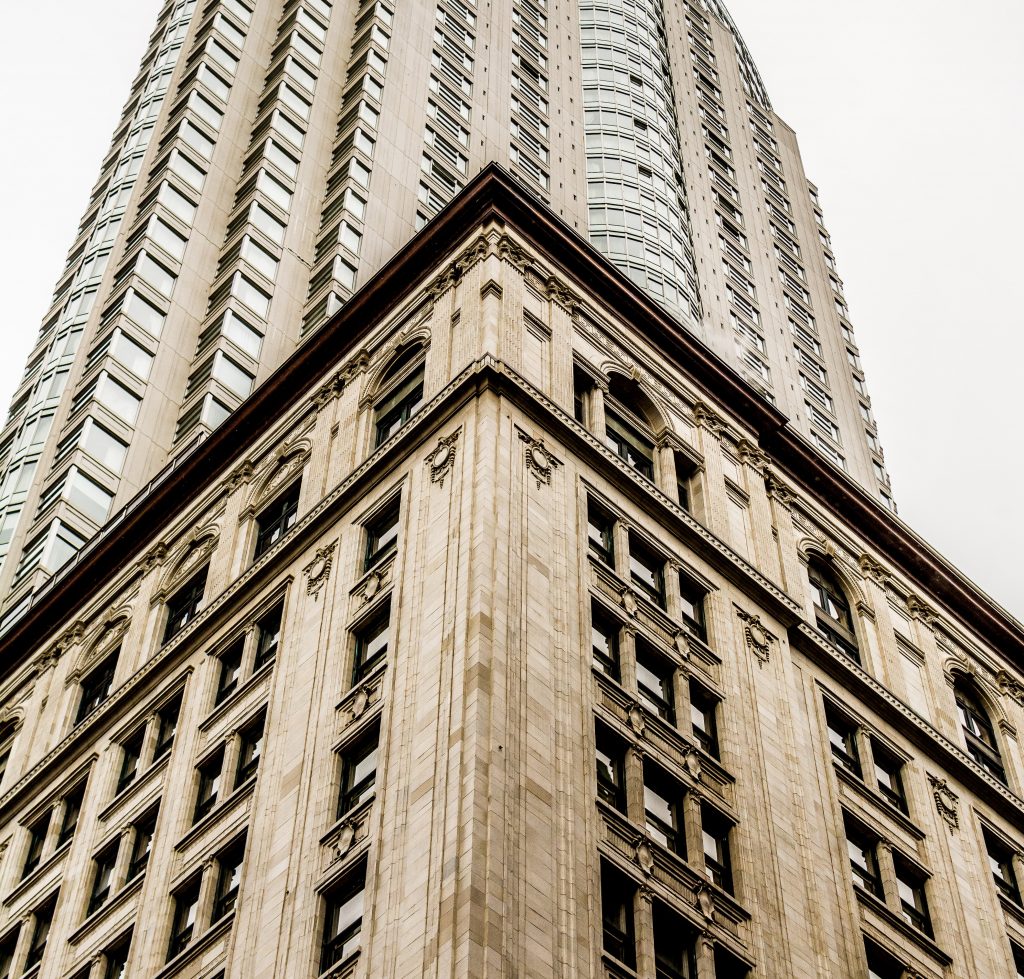 It’s hard to imagine what Toronto used to look like given the hundreds of condos and skyscrapers that are popping up every year. Thankfully, the city has done a fabulous job at revitalizing many of the historic buildings that still stand today, so it can be fun to take a trip down memory lane. We’ve listed some of the most breathtaking structures you’ll find across Downtown Toronto, dating as far back as 1793!

Fork York: Calling all Canadian history enthusiasts and war buffs! Located in downtown Toronto, the Fort York National Historic Site is home to the country’s largest collection of original War of 1812 structures and battle site. Built in 1793, the historic site got a modern makeover in 2014, including a sprawling visitor’s center and museum. Visitors of Fort York can take part in year-round exhibits, tours, and other educational programs.

The Grange: Built in 1817, the Grange mansion was home to a number of wealthy Toronto families before it was acquired by the Art Gallery of Ontario (AGO). Today, you can have lunch in the Grange’s AGO member’s lounge or marvel at its architecture from the surrounding Grange Park.

Bishop Apartments/Pretzel Bell Tavern (Soho House): Now the home of Soho House Toronto, the 1829 Pretzel Bell tavern remained vacant for decades before it was converted into a sophisticated members-only club. The building is one of the best examples of Georgian architecture in Toronto and has been fully revitalized. Thankfully, the Soho House regularly throws events for non-members, so visitors can enjoy its historic charm.

Osgoode Hall:  This structure is just as beautiful inside as it is outside! Originally built in 1829 to house the Law Society of Upper Canada, Osgoode Hall is now home to a number of law courts and the Osgoode Hall Law School. Visitors are able to walk through the space and tours take place through Monday to Friday, starting at 1:15 pm. Don’t forget to check out the Great Library- a sprawling, Hogwarts-worthy space containing over 120,000 legal volumes!

St. Lawrence Hall: If you make a trip to Toronto landmark St.Lawrence Market, be sure to stroll by St. Lawrence Hall, located just down the street. The Hall was built in 1850, serving as Canada’s first meeting center. It hosted many of the country’s most notable political and cultural happenings, including balls, receptions, concerts, exhibitions, and lectures. The building is closed to the public, but onlookers can marvel at its impressive exterior architecture. 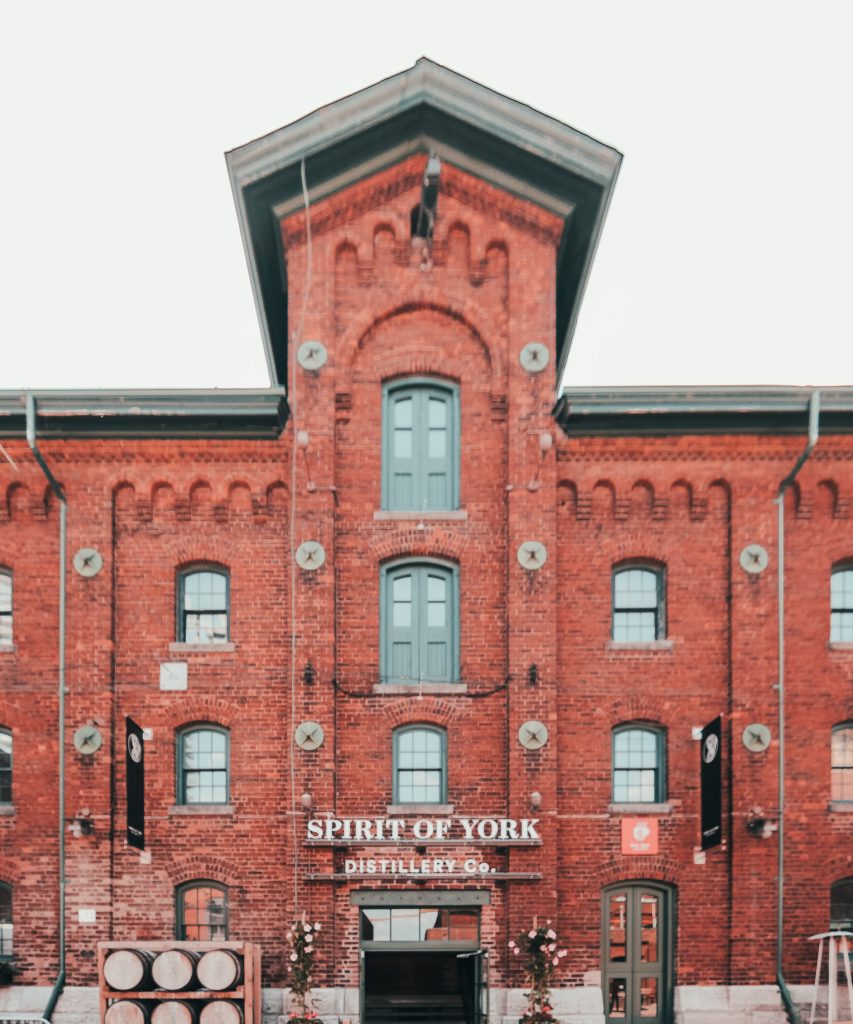 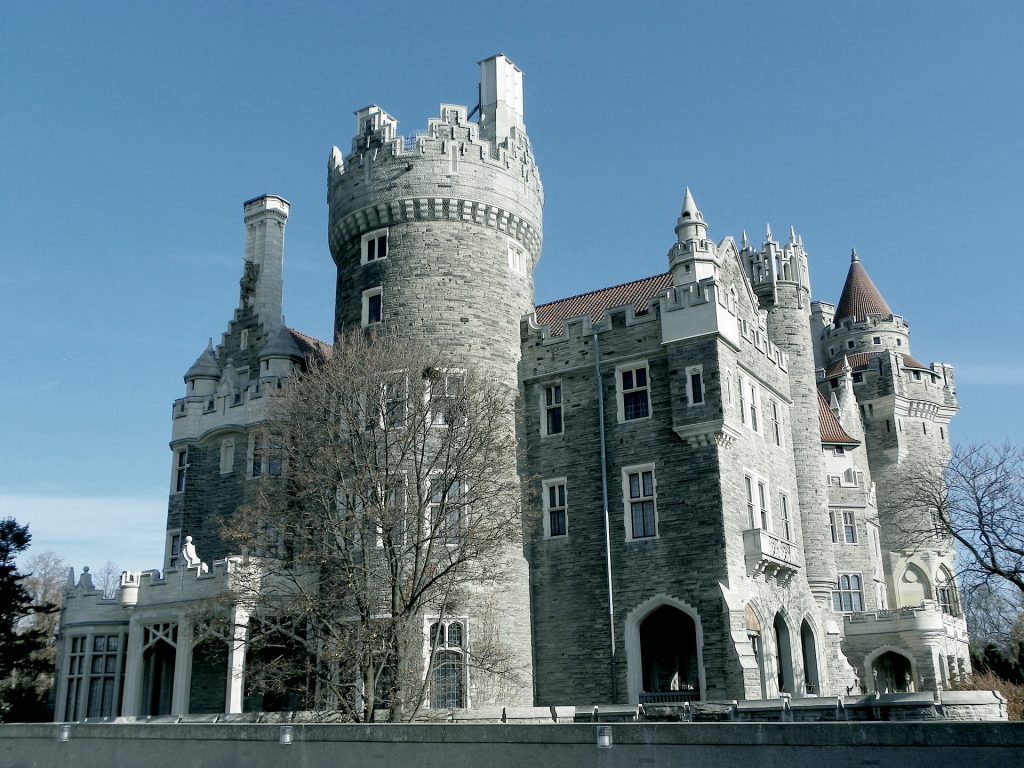 Casa Loma: You didn’t expect there to be a castle in the middle of Toronto, did you? Casa Loma is a tourist favourite and a must-see for those interested in Toronto’s history. Situated on five acres of land, the castle is surrounded by scenic grounds and gardens for visitors to explore at their leisure.

Each of these locations can be easily accessed via the City Sightseeing Toronto double-decker bus tour. Visit the details page on our website for more information about tour stops.